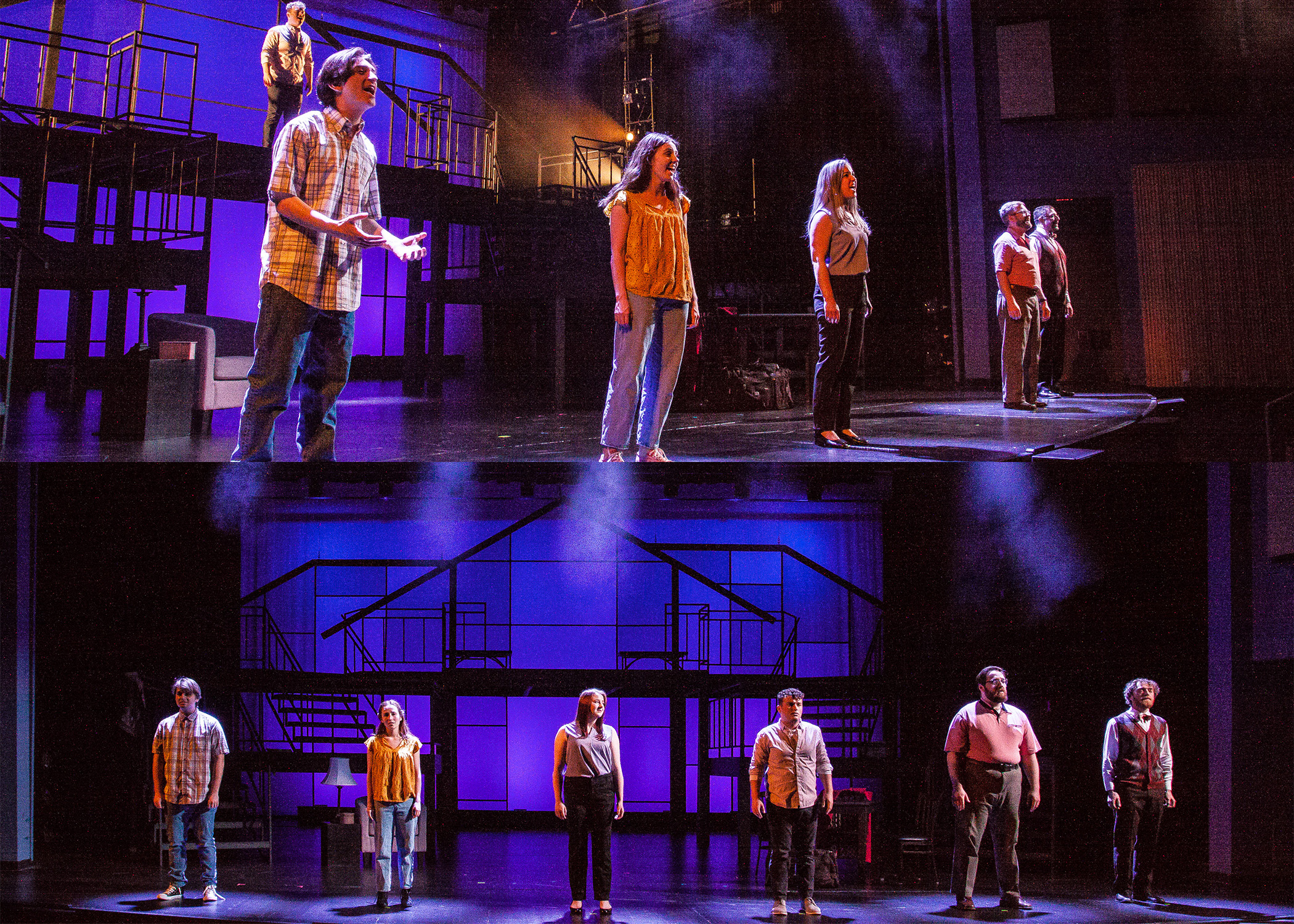 This article originally appeared in an online format of the April 29, 2022 Edition of the La Crosse Tribune. Photos by Theresa Smerud

Next up at La Crosse Community Theatre is the Tony and Pulitzer Prize-winning musical, "Next to Normal," presented by Gundersen Health System and sponsored by Mayo Clinic Health System.

It opens Friday and runs through Sunday, May 15 at the Weber Center for the Performing Arts, 428 Front St. South.

With music by Tom Kitt and a book and lyrics by Brian Yorkey, this show tells the story of a seemingly normal family, going through everyday life. What we find out is that the matriarch of the family has been battling manic depression for 16 years, showing that not everything is as it appears on the surface.

Utilizing a contemporary rock score, the book of the show is very small and is similar in style to the “Mega-Musical” scores of the 1980s and 1990s, including Jesus Christ Superstar, Evita, Les Misérables, Miss Saigon, and Rent.

With a heavy subject matter at its core, a vocally demanding score that is almost sung-through, and the ongoing health crisis, LCT assembled two rotating companies - the Red Pill Cast and the Blue Pill Cast - composed of 11 performers to execute this marathon production.

“It is very intimidating, but also very exciting,” says Kelley Manson, who plays Diana in the Blue Pill Cast. “It’s such an incredible opportunity both as an actor and a singer. It is a massive responsibility and I’m honored that I have been trusted with the material.”

Susannah Carter, Diana in the Red Pill Cast, noted that “the role is truly an actor’s playground. Having to address heartbreak, anger, joy, hope, and light, all in a two-hour show is the journey of a lifetime!”

The show began its creative life in 1998 as a final project for the BMI Lehman Engel Musical Theatre Workshop, a creative intensive for budding musical theatre writers. The show evolved over the years and was produced off-broadway in 2008, followed by a run at Washington D.C.’s Arena Stage before opening on Broadway in 2009. In 2010, it won the Pulitzer Prize for Drama, solidifying its place in the canon of American Musical Theatre. The production is being presented at LCT for the first time in its 58-year history.

Given that the show in its current form is now 13 years old, the way that the subject of mental health and the medical information and terminology is presented in the piece, is slightly outdated. “We have made a conscious effort to set the show in the time that it was written in,” says director and choreographer of the production, Seth Kieser.

“Because the terminology, references, information, and vernacular within the piece are so rooted in the late 2000’s, we wanted to make sure that we were also rooting the visual and aesthetic elements of the production in that same time.”

Talkbacks will be held following the performances on May 6 & 7. To find out more about ticket availability for "Next to Normal" and the remainder of our 2021-2022 season productions, visit www.lacrossetheatre.org or call the box office at (608) 784-9292.

NEXT TO NORMAL FAST FACTS

WHAT: Next to Normal

WHERE: The Weber Center for the Performing Arts | 428 Front St. South