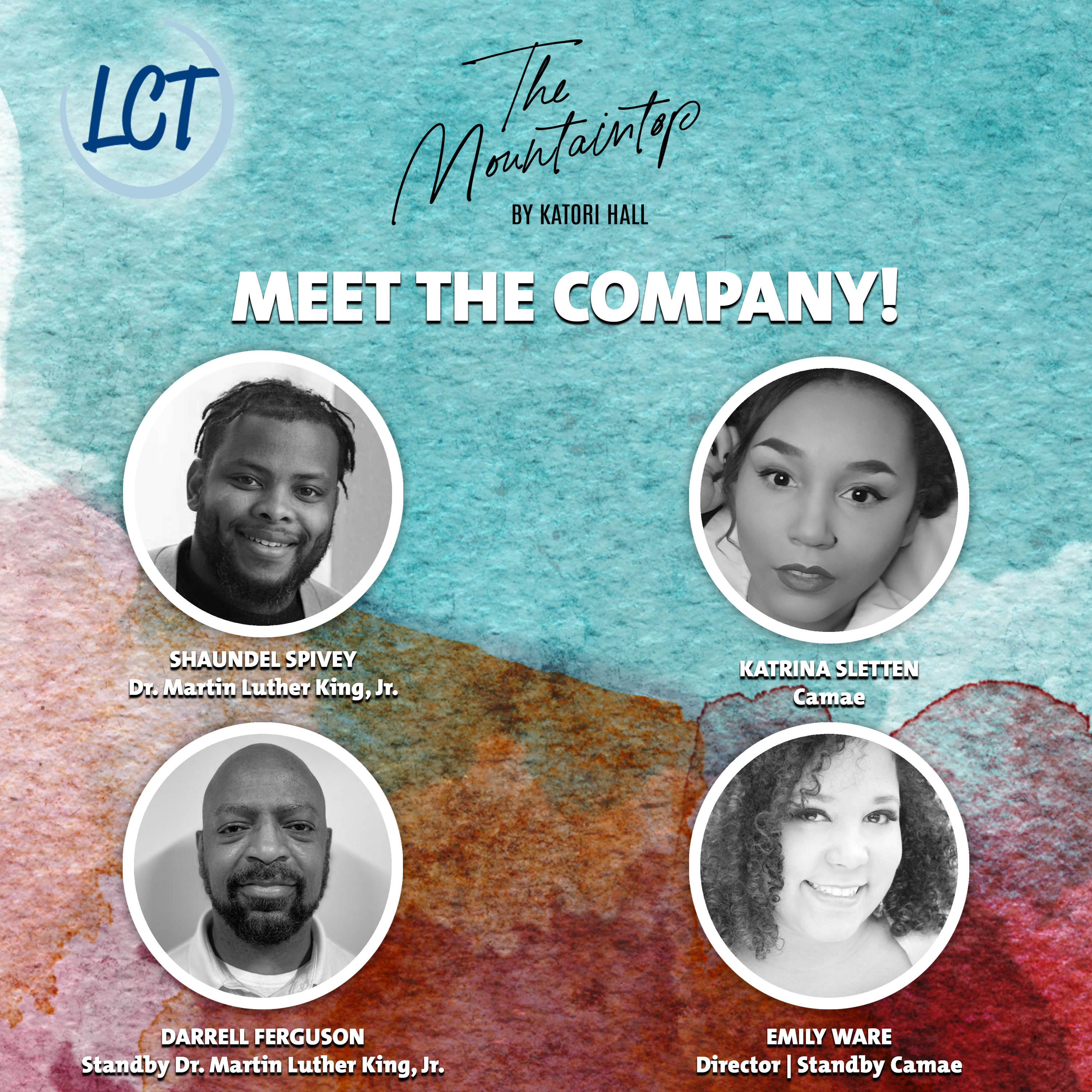 LCT has revealed the casting for their upcoming production of The Mountaintop, a gripping re-imagination of events the night before the assassination of the civil rights leader Dr. Martin Luther King Jr.

Leading the company as Dr. Martin Luther King, Jr. is Shaundel Spivey, co-founder and Director of Black Leaders Acquiring Collective Knowledge (B.L.A.C.K.), community organization dedicated to elevating and empowering the La Crosse Black Community through seven pillars: community engagement, financial literacy, youth engagement, family, spirituality, health and wellness, and education. Spivey is also a community organizer who is very passionate about social justice, equity and community. He is a member of the School District of La Crosse school board and also serves on the Governor’s Equity and Inclusion Council. He earned a bachelor’s degree in political science and a master’s degree in student affairs administration from the University of Wisconsin-La Crosse and is a currently a student in Viterbo University’s counselor education doctoral program.

Playing the role of Camae is Katrina Sletten, a local La Crosse activist and organizer who has been working to dismantle systemic racism and oppression within the community through means of peaceful demonstration and protesting, with the hope of educating the community on Campaign Zero, and what they can do to help elevate the voices of Black people.

Standing by in the role of Dr. King is Darrell Ferguson, who currently works in the Onalaska School District as a paraprofessional at the high school, where he is responsible for assisting students with all aspects of their academic needs. Ferguson last appeared on the LCT stage as Reverend Sykes in our production of To Kill a Mockingbird and last year began portraying George Edwin Taylor, a La Crosse resident who in 1907 became the first African-American to run for president for, for the Enduring Families project.

The piece is being directed by LCT veteran Emily Ware, an Administrative Coordinator with Workforce Connections who is a graduate of UW-La Crosse's Theatre Department as well as the Wisconsin Conservatory of Music. Ware's selected LCT credits include our productions of A Christmas Story, Jesus Christ Superstar, and Les Misérables. She will be making her LCT directorial debut and is also standing by for the role of Camae.

Katori Hall, an award-winning American playwright, screenwriter, producer, actress, and director, penned the script for the play. Hall's best known works include the hit television series P-Valley, the Tony-nominated Tina: The Tina Turner Musical, and plays such as Hurt Village, Our Lady of Kibeho, Children of Killers, and The Hot Wing King, for which she won the Pulitzer Prize for Drama.

The performance runs January 28-February 6, 2022 at the Weber Center for the Performing Arts.

Don't miss your chance to catch this award-winning production!