LCT to Premiere Roald Dahl’s Charlie and the Chocolate Factory 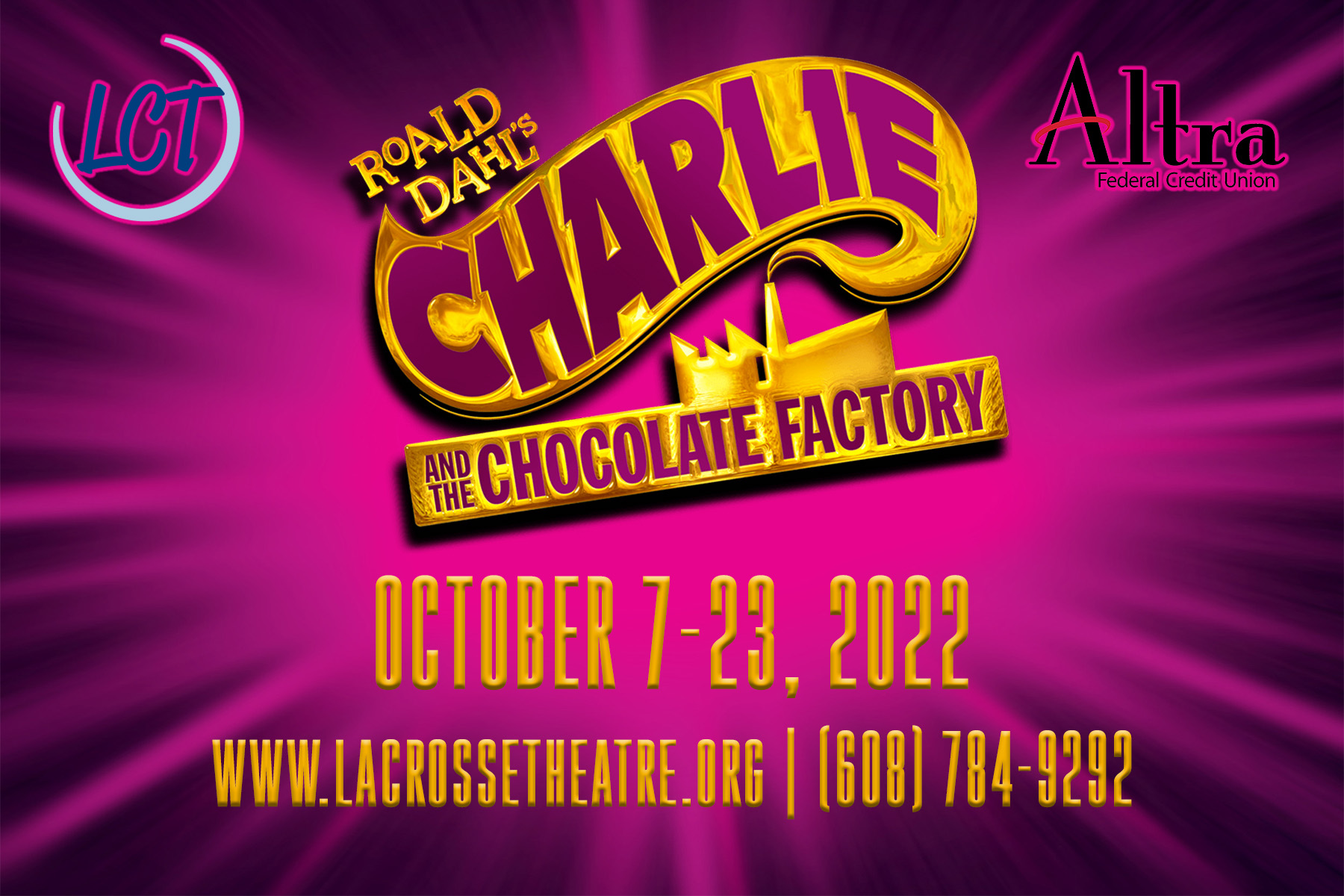 In advance of the launch of their 2022-2023 Season, La Crosse Community Theatre is proud to announce that they have been selected to present the regional amateur premiere of the Broadway musical Charlie and the Chocolate Factory. Based on the famous 1964 novel by Roald Dahl, Charlie and the Chocolate Factory features an original score composed by Marc Shaiman with lyrics by Shaiman and Scott Wittman (Broadway’s Hairspray and Catch Me If You Can, TV’s SMASH, and the film Mary Poppins Returns) and a book by David Greig. The score also pays homage to the Leslie Bricusse/Anthony Newley score from the 1971 film with songs from the motion picture including "Candy Man," "I've Got a Golden Ticket," and "Pure Imagination."

LCT was approached by Chief Operating Officer John Prignano of Music Theatre International (MTI), who licenses the performance rights for the show, about being one of the first theatres in the country to produce the hit musical, following hit productions in London, New York, and on the road across America. This is not the first time LCT has worked with MTI to present premiere productions, having staged Les Misérables in 2013, Mary Poppins in 2014, and Billy Elliot in 2016. The musical, which just concluded its national tour in June, tells the story of the world-famous Willy Wonka, who is opening the gates to his mysterious factory…but only to a lucky few. Young Charlie Bucket and four other golden ticket winners embark on a life-changing journey through Wonka’s world of pure imagination including chocolate waterfalls, nutty squirrels and the great glass elevator, all to be revealed by Wonka's army of curious Oompa-Loompas.

“This show brings the songs and moments we love from the 1971 film Willy Wonka and the Chocolate Factory and combines it with amazing new songs and modern twists,” says Mary Cate Wesling, who will be directing the production. “The beloved book is breathing new life within this new and outstanding script and score. LCT getting to premiere this stellar production is a privilege and I am honored that I have the opportunity to direct it.” Auditions will be held August 8 for the youth roles, August 9 for the adult roles, and August 10 will be for callbacks. More information can be found on the Auditions page of the LCT website.
Roald Dahl’s Charlie and the Chocolate Factory opens Friday, October 7, 2022 and runs through Sunday, October 23, 2022 with performances on Thursdays, Fridays, and Saturdays at 7:30 PM and Sundays at 2:00 PM. Please note that this production replaces the previously announced production of The Addams Family, which has been postponed. Don’t miss out and make sure to grab your golden ticket today.

To find out more about ticket availability for Charlie and the Chocolate Factory and what’s in store for the 2022-2023 season, visit www.lacrossetheatre.org or call the box office at (608) 784-9292.