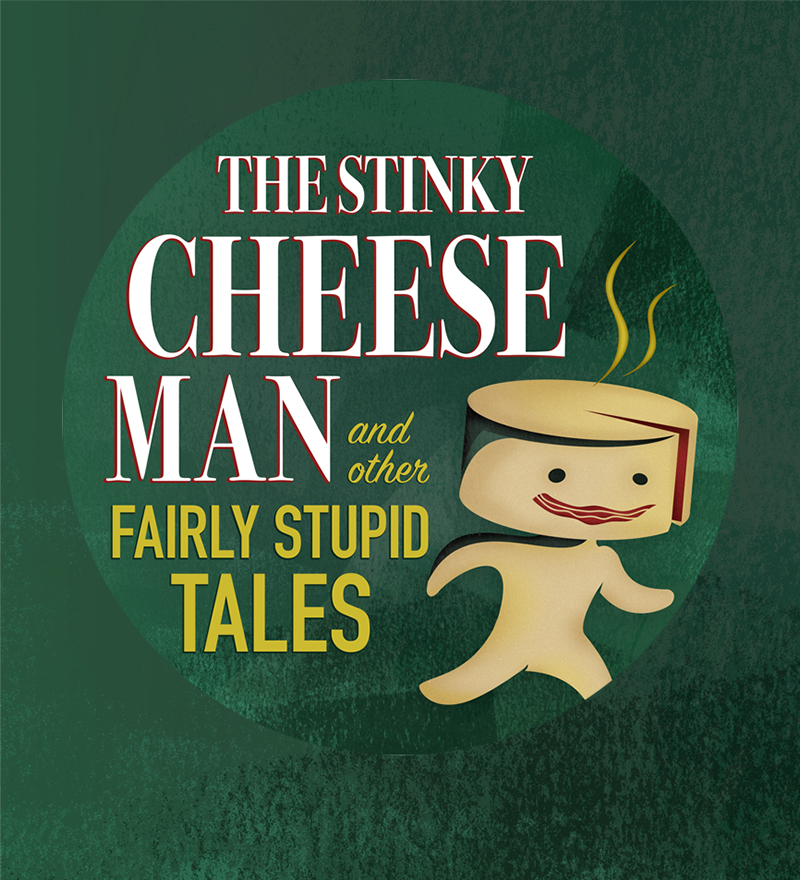 The Stinky Cheese Man and Other Fairly Stupid Tales

Poor Jack. He’s got to use his wits to save himself from the terrible Giant, but a host of familiar fairytale characters keep messing up his plans—and then there’s that annoying Stinky Cheese Man! The Stinky Cheese Man and Other Fairly Stupid Tales deconstructs the tradition of the fairy tale. Characters slide in and out of tales; Cinderella rebuffs Rumpelstiltskin and Goldilocks meets the Three Elephants. Nothing is quite the same as you remember it.

Based on the book by Jon Scieszka and Lane Smith.
Adapted for the stage by William Massolia.
Image